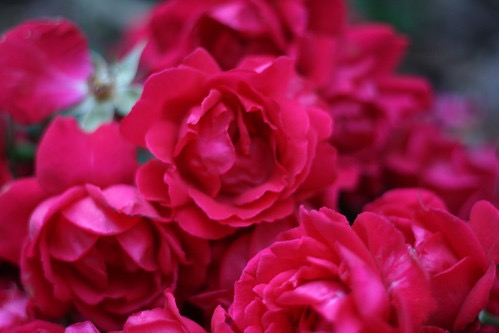 Ridvan is a twelve-day festival, from the 13th day of Jalal to the 5th of Jamal of the Baha’i calendar. In 2020, the first day of Ridvan is 20 April.

This festival commemorates the twelve days that Bahá’u’lláh spent in the Garden of Ridvan in Baghdad in the spring of 1863, before his exile to Constantinople. Ridvan means “paradise” in Arabic; the festival marks Bahá’u’lláh’s declaration to his followers, in that garden, that he was the Promised One of all religions.

To Israel He was neither more nor less than the incarnation of the ‘Everlasting Father,’ the ‘Lord of Hosts’ come down ‘with ten thousands of saints’; to Christendom Christ returned ‘in the glory of the Father,’ to Shi’ih Islam the return of the Imam Husayn; to Sunni Islam the descent of the ‘Spirit of God’; to the Zoroastrians the promised Shah-Bahram; to the Hindus the reincarnation of Krishna; to the Buddhists the fifth Buddha.

Although Bahá’u’lláh’s mission as the Promised One had been revealed to him in 1853 during his imprisonment in Tehran, it was ten years before he would declare his mission publicly in the Garden of Ridvan.

‘Abdu’l-Bahá has described how, upon His arrival in the garden, Bahá’u’lláh declared His station to those of His companions who were present, and announced with great joy the inauguration of the Festival of Ridván. Sadness and grief vanished and the believers were filled with delight at this announcement. Although Bahá’u’lláh was being exiled to far-off lands and knew the sufferings and tribulations which were in store for Him and His followers, yet through this historic Declaration He changed all sorrow into blissful joy and spent the most delightful time of His ministry in the Garden of Ridván. Indeed, in one of His Tablets, He has referred to the first day of Ridván as the ‘Day of supreme felicity’, and has called on His followers to ‘rejoice, with exceeding gladness’ in remembrance of that day.

Adib Taherzadeh, The Revelation of Bahá’u’lláh: Volume One

Bahá’ís all over the world celebrate Bahá’u’lláh’s declaration, and the significant events that occurred during these twelve days in 1863, marking especially the first, ninth and twelfth days, which are designated as Holy Days when Bahá’ís take time off work and school. This is also the time of year when Bahá’í communities elect the local and national assemblies that will administer the affairs of the community for the coming year.

How will Bahá’ís celebrate in 2020, when most countries have imposed ‘lockdown’ for the duration of the COVID-19 pandemic? Watch this space, and we will bring you some news over the coming days.