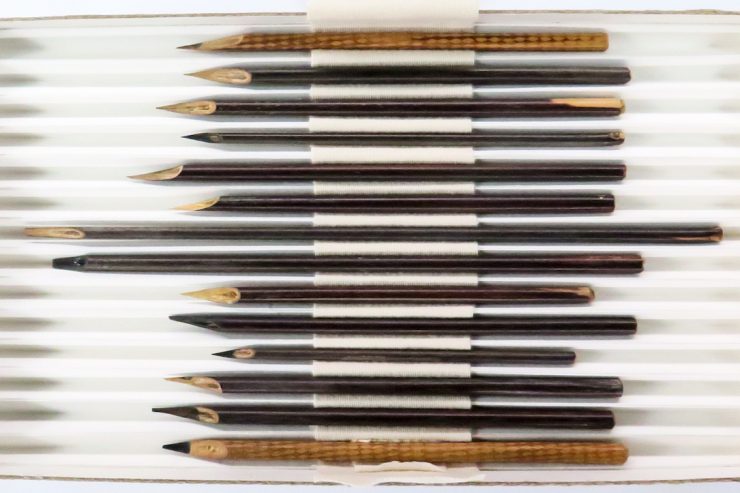 Reed pens of Mírzá Áqá Ján, one of the secretaries of Bahá'u'lláh. © Baha’i International Community

The British Museum is showing rarely-seen original handwriting of Baha’u’llah, founder of the Bahá’í Faith, as well as other archival items associated with his life, in commemoration of the 200th anniversary of his birth.

One of the central themes of the exhibition is the power of the Word, which refers to divine revelation, a concept fundamental to the origins of all the world’s great faiths.  In His lifetime, Baha’u’llah’s writings were recorded as they were revealed. In some instances, Baha’u’llah, in masterful calligraphy, wrote with his own hand some of the sacred verses that constitute his vast body of writings.  Many more verses were transcribed by his secretaries as he spoke them.