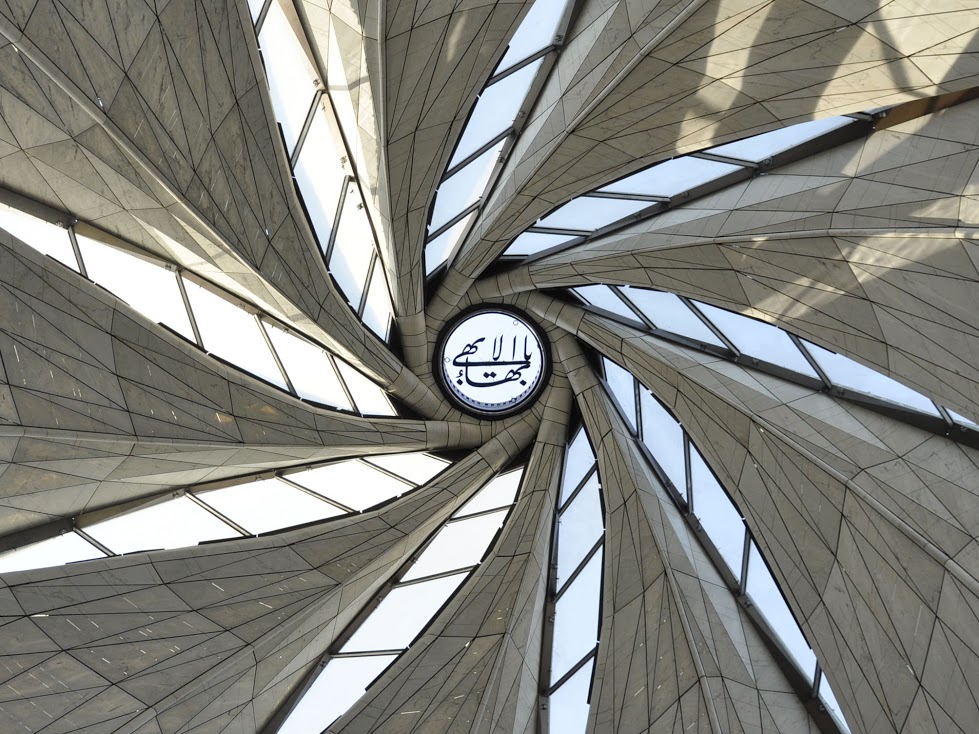 A view from inside the Bahá’í House of Worship in Chile, looking up to the apex of the building

In October 2016, five thousand people from around the world gathered in the foothills of the Andes Mountains to the east of Santiago, Chile, for the inauguration of a new spectacular Baha’i Temple. Whilst the majority of the people attending the inauguration were from Latin America or other Spanish and Portuguese-speaking countries, a number of Baha’is from the UK also had the honour of participating in this historic and special event.

Work on the temple began in 2010, with the design building winning architectural awards and acclaim. The design uses cutting-edge digital technology and advanced engineering solutions to create a light-filled space for prayer and meditation. With nine translucent wings made from a special kind of marble and cast glass, it will allow sunlight to filter in during the day and a soft glow of light to radiate out at night. It will be like a temple of light.

This is the eighth and final Continental Baha’i Temple, otherwise known as a Baha’i House of Worship, to be erected. The other seven temples are located in the USA, Uganda, Australia, Germany, Samoa, Panama and India. Further local, national and international temples will be built in the future.

The purpose of a Baha’i House of Worship is to unite people in prayer and devotion. The Baha’i Houses of Worship are open and free to all nations and religions for prayer and meditation. Not only are these temples a serene and tranquil place but they are also stunningly beautiful, surrounded by gardens. Abdu’l-Bahá, the son of the founder of the Bahá’í Faith, wrote “the original purpose of temples and houses of worship is simply that of unity — places of meeting where various peoples, different races and souls of every capacity may come together in order that love and agreement should be manifest between them”.