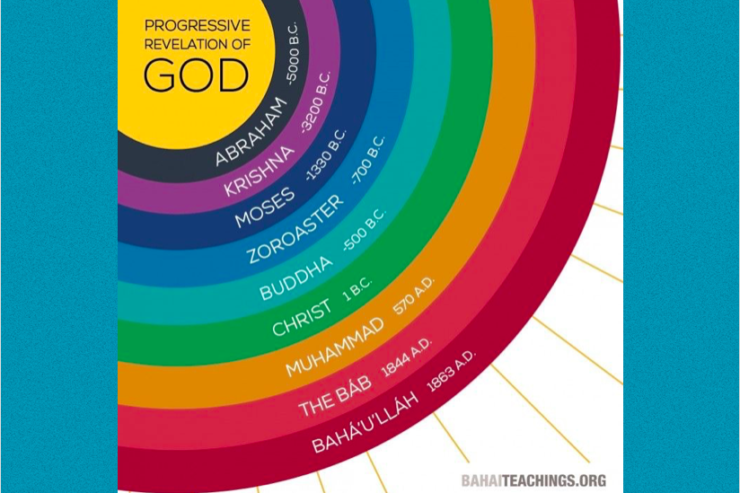 World Religion Day, as many people know, is 19 January, though it is usually observed on the nearest Sunday. It was first instituted by the Bahá’ís in the USA in 1950 but has since been taken up more generally. It is intended to show the similarity between the spiritual teachings of the major religions, that these religions are all valid and ultimately came from the same Source.

World Religion Day can often be used as a basis for a school assembly or RE lesson. There are a few extracts copied below which show the “Golden Rule” which is in each religion. We hope these may be helpful for teachers. Perhaps students could be asked to match the quotations to the religions? Next year we plan to be able to provide more materials.

Meanwhile, there is a useful video presentation developed specifically for World Religion Day. It gives the Bahá’í view of the progressive nature of divine revelation and plenty of useful info about the Bahá’í Faith. Click here to view. (With thanks to Karen O’Donoghue and Cumbria SACRE for commissioning and producing this video.)

“Do naught to others which would cause pain if done to you.” (Hinduism)

“What is hateful to you do not do unto your neighbour.” (Judaism)

“Do unto others all that which is well for oneself.” (Zoroastrianism)

“Treat not others in ways that they would find hurtful.” (Buddhism)

“Do unto others as you would have them do unto you.” (Christianity)

“Treat others as you would be treated yourself.” (Sikhism)

“Lay not on any soul a load which ye would not wish to be laid upon you, and desire not for anyone the things ye would not desire for yourselves.” (Bahá’í)

You can download the above ‘Messengers of God’ graphic in higher definition as a reusable image here (copyright bahaiteachings.org).